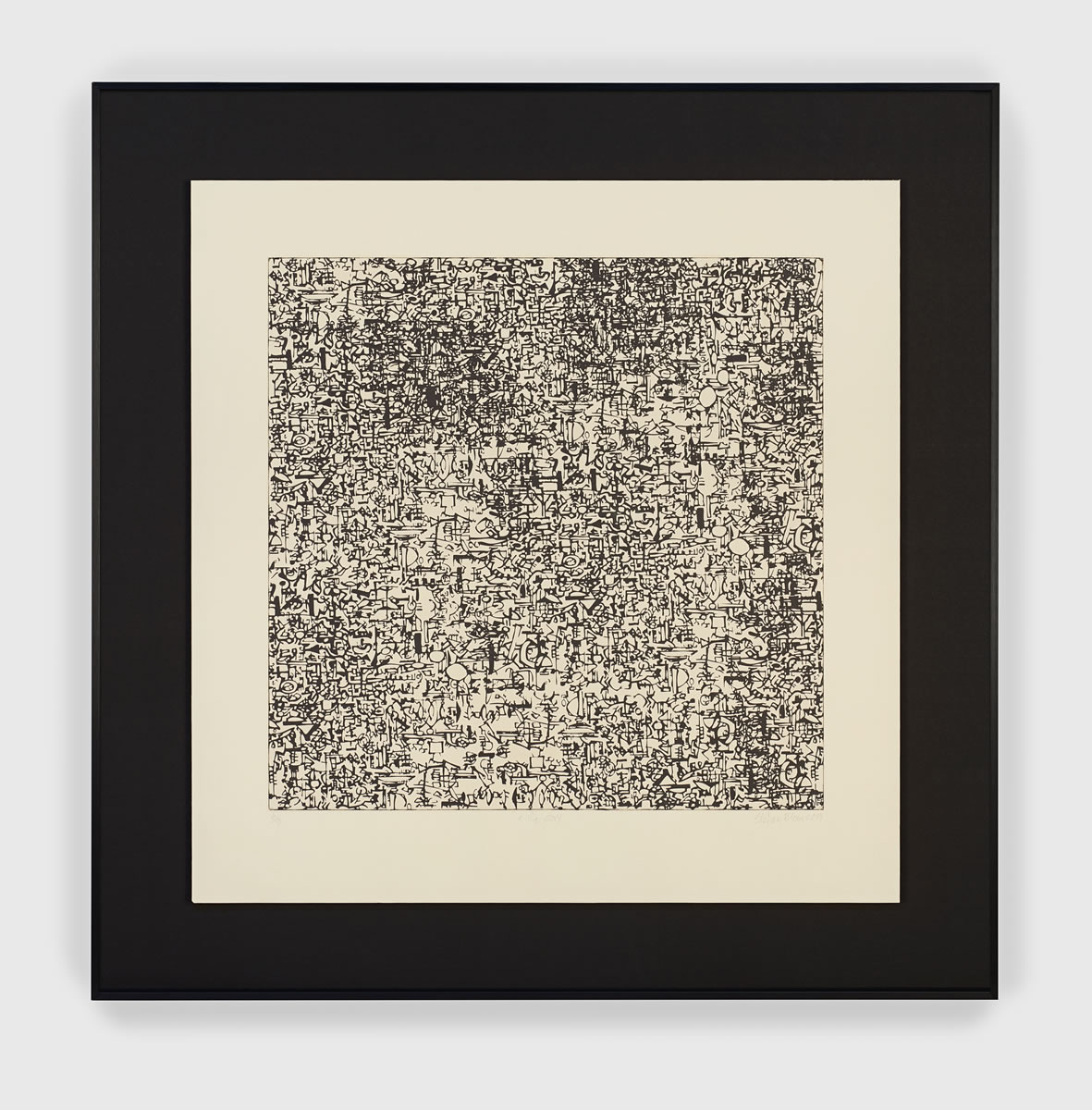 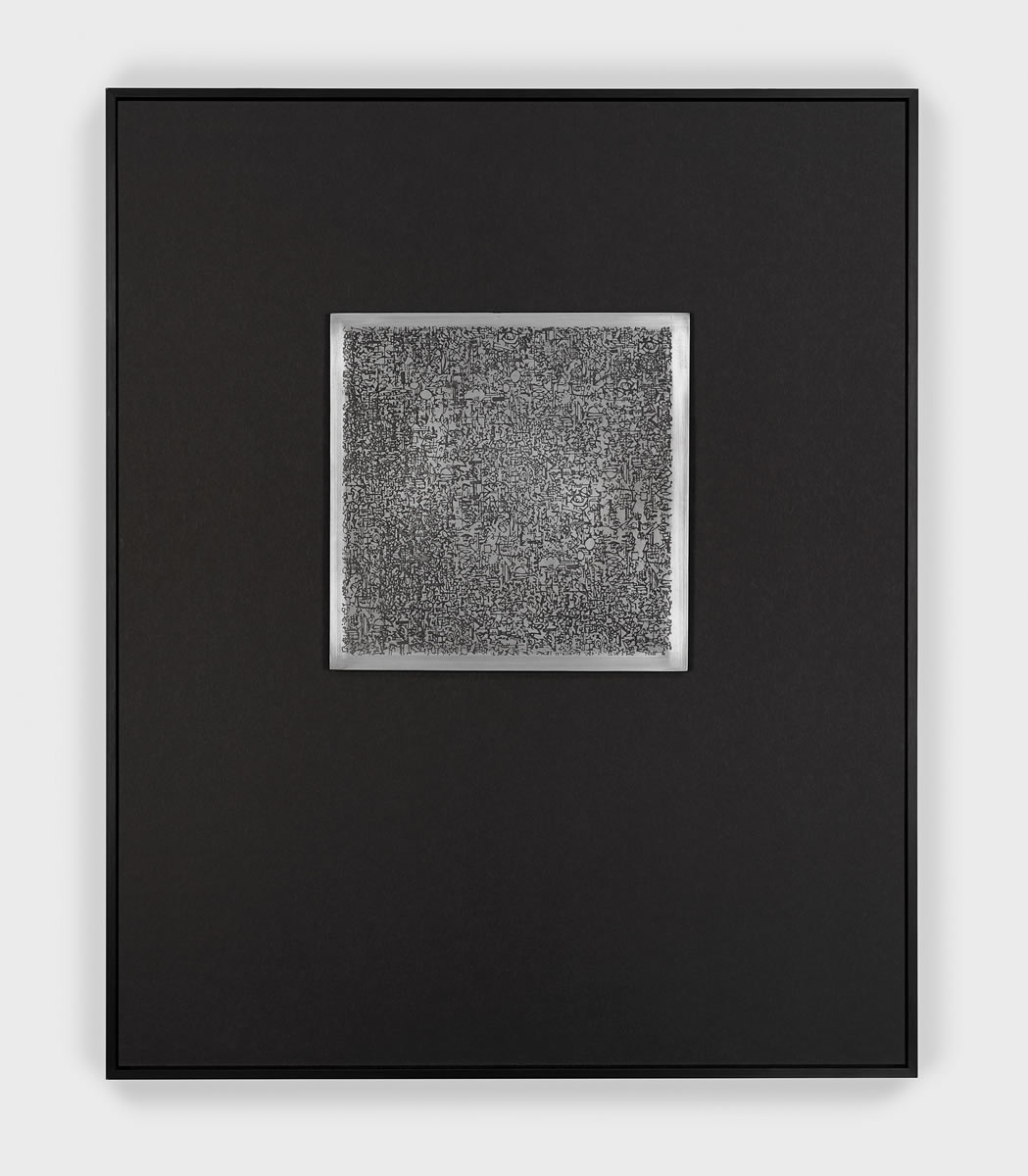 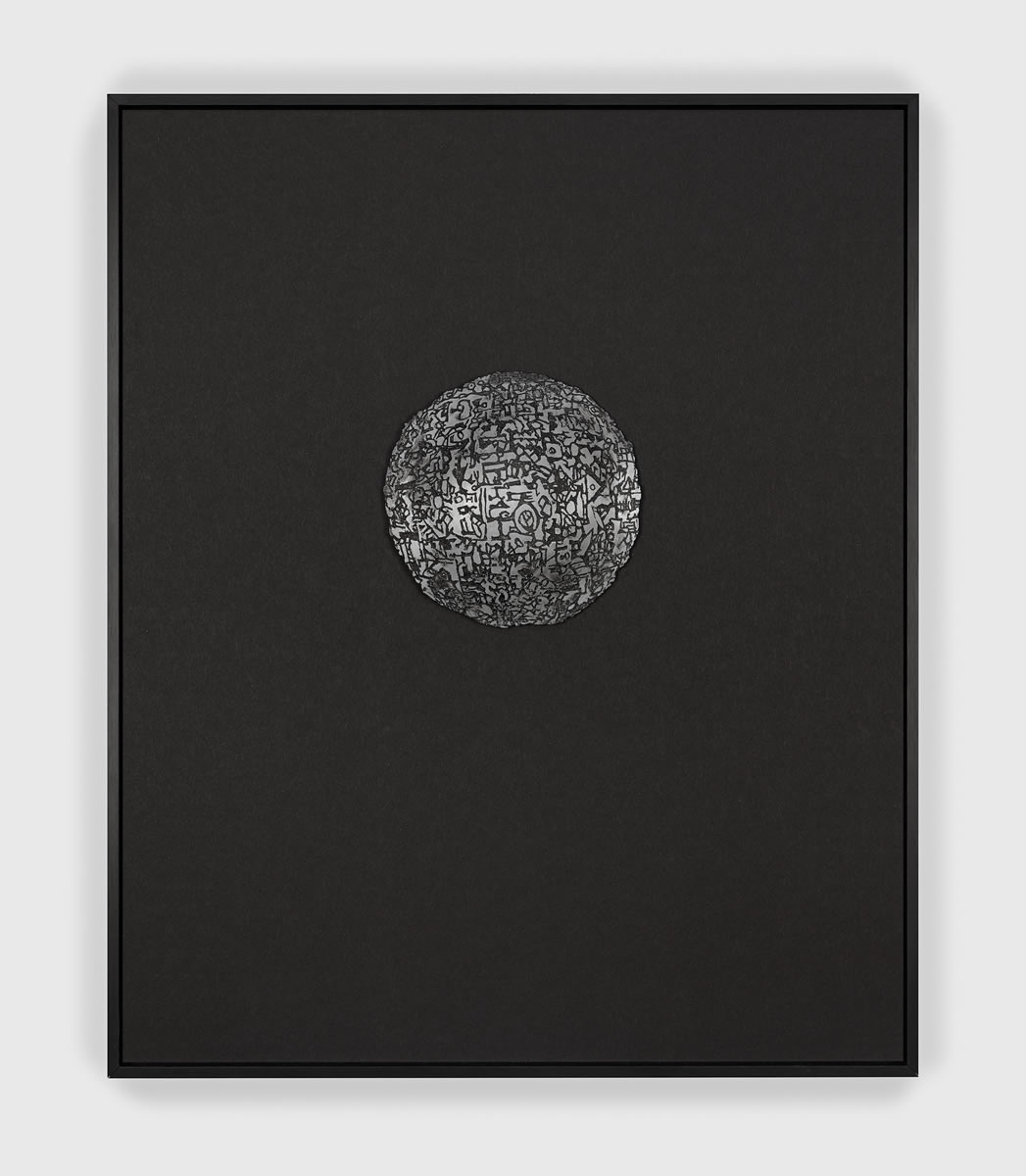 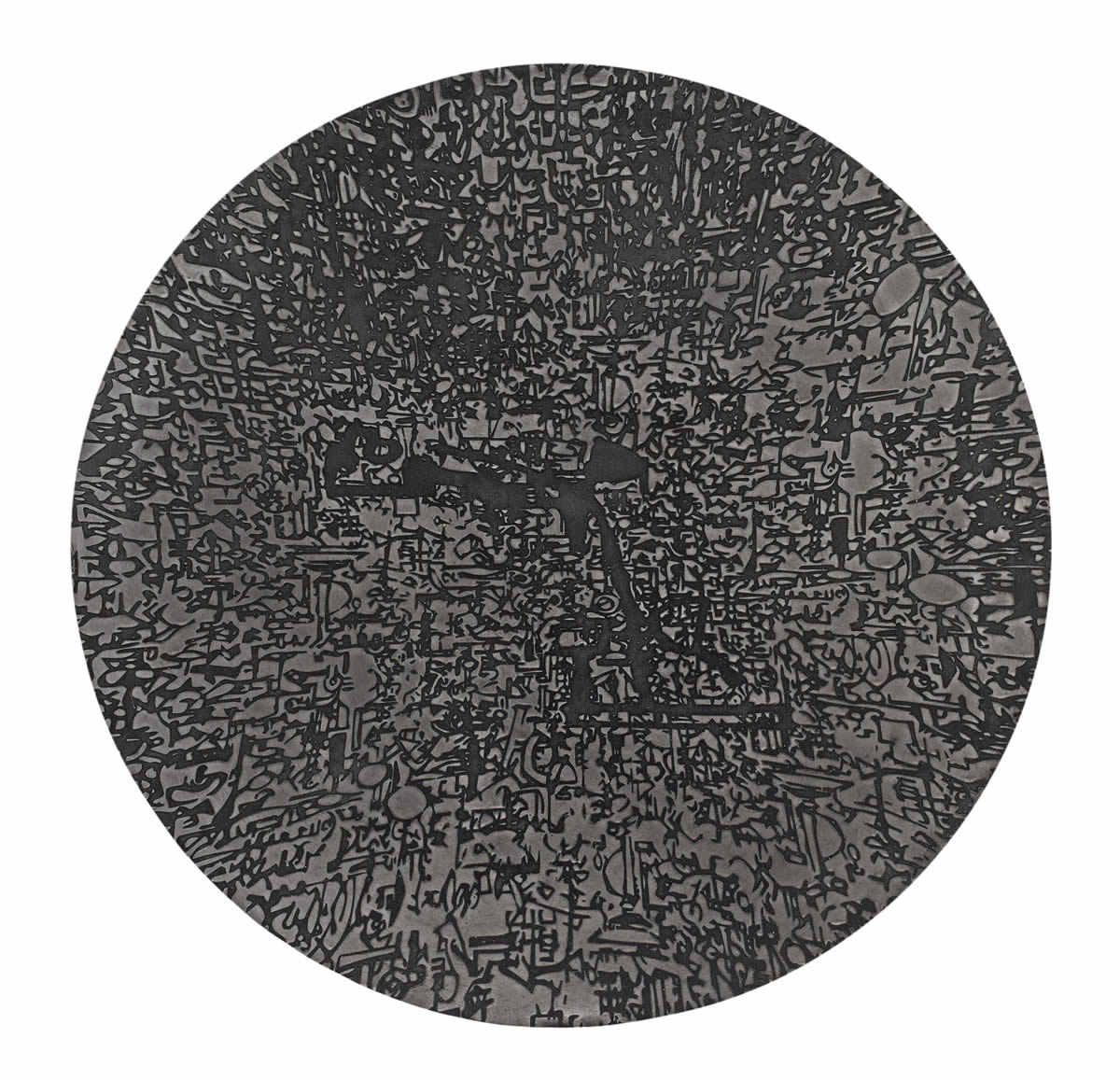 Into the light fantastic, 2017 Acid etched on 3mm aluminium plate 57cm in diameter

In June 2017, Stefan Blom won Tollman Bouchard Finlayson Art Award for ‘into the light fantastic’, part of a bigger body of work titled “A Life Story”.

Stefan Blom is primarily a sculptor. His early introduction to the medium began as a child, whittling the dry roots from a field close to home into fantastical creatures. His signature pieces are life-sized polychrome, fibreglass sculptures. Blom he explores the symbiotic nature of victim and perpetrator particularly expressed through the female form in bondage to oppressive forces.

Although secondary to his signature sculptures, Blom’s private pictographic language is always found inked, like the tattoo on his arm, onto a section of his sculpture’s skin. However, his etched tondo, “Into the Light Fantastic”, represents a shift in focus. As the title suggests, the role of his pictographs moves from a quiet, supportive one into primary focus. The prelude to the tondo are 11 square, etched plates titled, “A Life Story”, wich one is owned by the Zeitz MOCAA. Blom explores the seminal incidents in his life. The shift from “A Life Story” to “Into the Light Fantastic” is the celebration of the positive incidents in his life, as if Blom has finally been able to put to rest the haunting of sustained traumas.

Blom is not alone in creating his own language. The late Ivorian Frédéric Bruly Bouabré, created pictograms to support the tradition of his people, the Bété. Closer to home is Isibheqe (isiZulu for the beaded Zulu love letter) Sohlamvu, a Southg African visual writing system also known as Ditematsa Dinokoa. Whereas these languages are available to the public, Blom’s is hermetically sealed; known only to him. It is a language forged from the frustration of being dyslexic, which enabled him to express and record significant life events.

Viewers may not be able to decipher the pictographs in “Into the Light Fantastic”, but it is readable as a dynamic, visual score spiralling out from the centre – from left to right. The spiral has traditionally represented the feminine or goddess energy. It suggests a significant shift from the oppressed feminine of Blom’s previous sculptures into an embodiment of the liberated , feminine divine.

The late Cote Ivorian FrédéricBrulyBouabré was also known as Cheik Nadroor ‘he who does not forget‘. Bouabré created a 448 character alphabet of monosyllabic pictograms to represent phonetic syllables for the purpose of transcribing the phonetic and oral tradition of his people, the Bété.
Closer to home isIsibheqe (isiZulu for beaded Zulu love letters) Sohlamvu, also known as Ditematsa Dinokoa new indigenous to South Africavisual writing system which has been two years in the developing. Made up of triangles it has been described as a “syllabic script similar to that of Japanese” . The units are based on the symbolic design traditions of southern Africa found in Sesotho mural art or Zulu beadwork. They are considered to be similar to the “Adinkra symbols of west Africa that have informed the development of ancient African writing like Egypt’s hieroglyphs, or Nigeria’s nsibidi”.

Sculptor Stefan Blom also has his own visual language. But whereas Bouabré’s language and Isibheqe Sohlamvu,is interpretable Blom’s is as closed as a tight fist and as impenetrable as the sealed off hideaway in between the bedroom cupboard and the roof of his childhood home. He explains that he “cut a little lid in such a way that when you opened it you could not see it”. There he could be without any disturbances. Blom is dyslexic, Bouabréwas not.