“To have another language is to possess a second soul” – Charlemagne

Sculptor Stefan Blom has his own visual language and is as closed as a tight fist and as impenetrable as the sealed off hideaway in between the bedroom cupboard and the roof of his childhood home. He explains that he “cut a little lid in such a way that when you opened it, you could not see it”. There he could be without any disturbances.

Blom is dyslexic, and the effects of dyslexia may have marked his psyche like his secret pictogram language tattooed on his forearm and run under the skin of his figure sculptures. At 8 years old he started drawing little symbols that described events “just to remind myself – because there was nowhere else I could tell a story”.

Blom was extremely self-conscious of his “inability to write”. “It was quite painful for me. There was absolutely nothing I could do about it. Despite the fact that I was trying to learn more, it just wouldn’t get better. So, for every single event whether good or bad, I started making little symbols”.

The dyslexia may have prevented Blom from writing a story, but later when he started combining the symbols that reminded him of creating things, or an emotion, he could record them as a drawing.

Although Blom had always drawn and painted, he first started sculpting by carving into the dried woody roots of plants that grew in the veldt near his parent’s home, which suggested small figures and lizards. 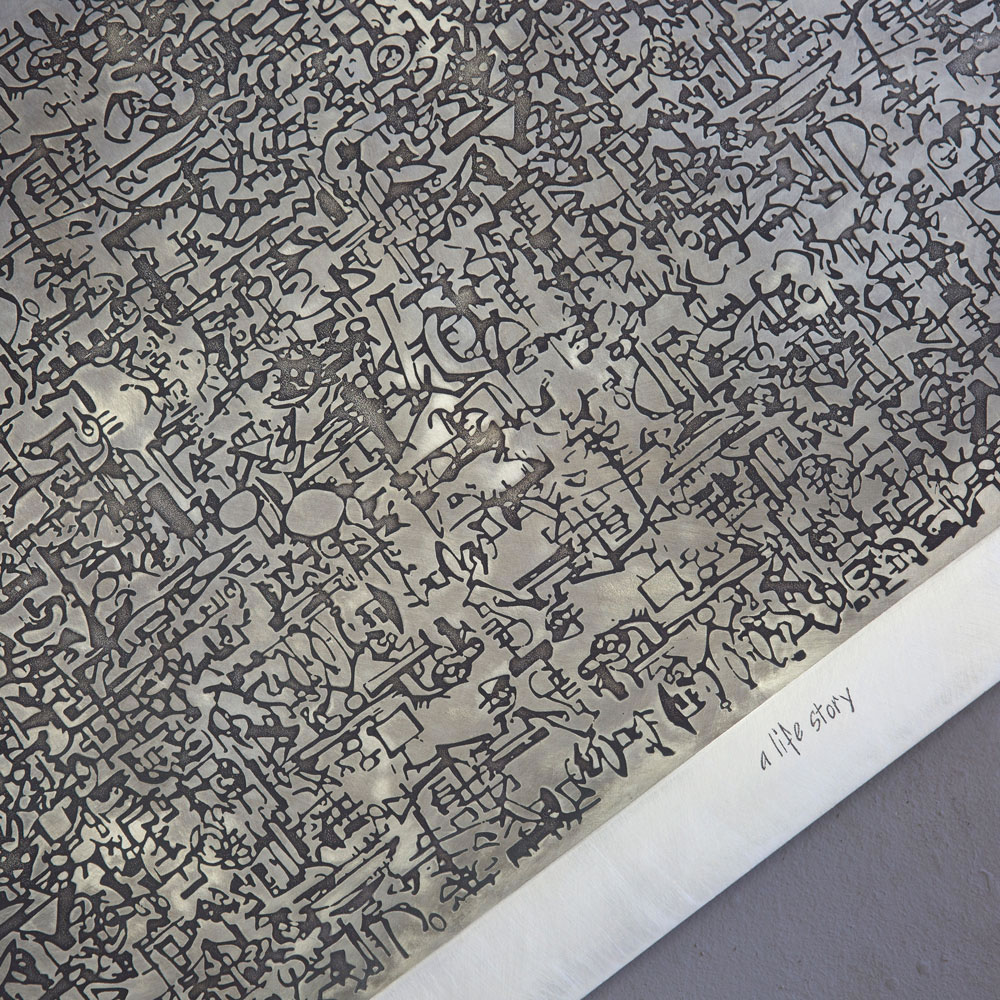 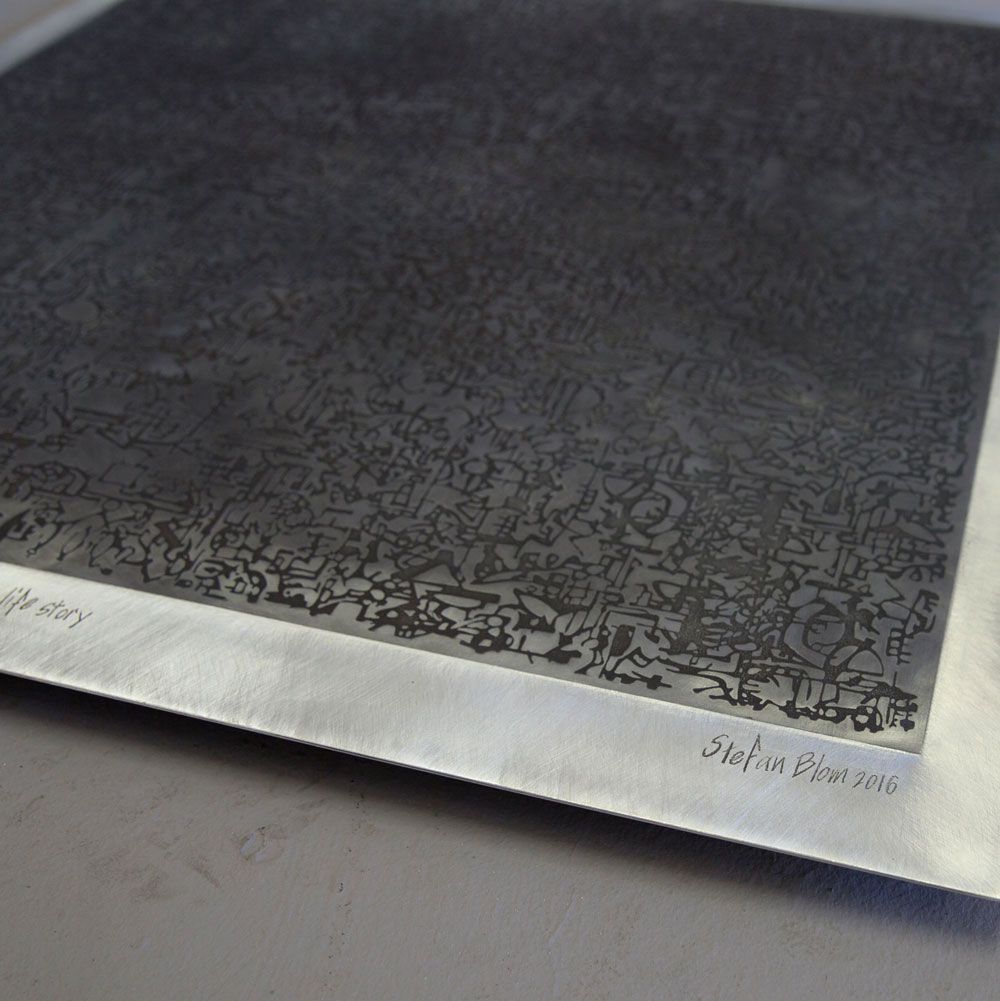 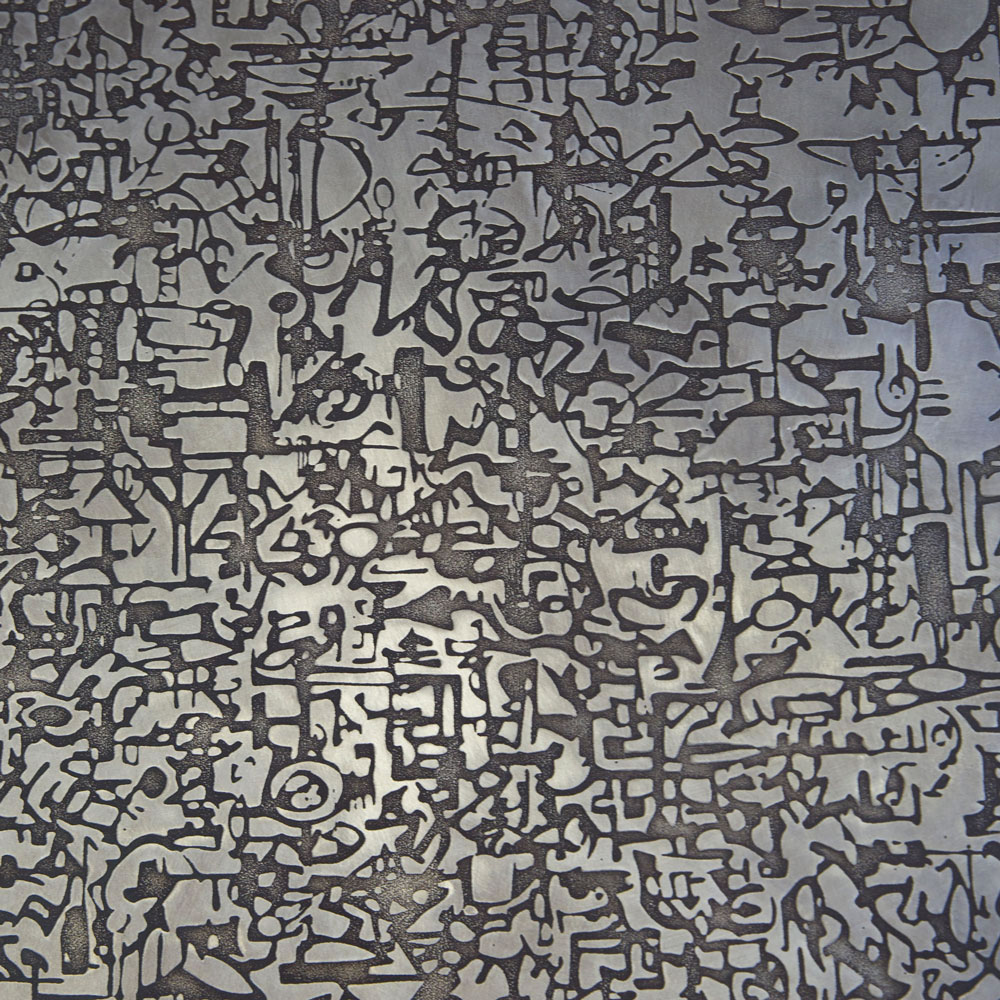 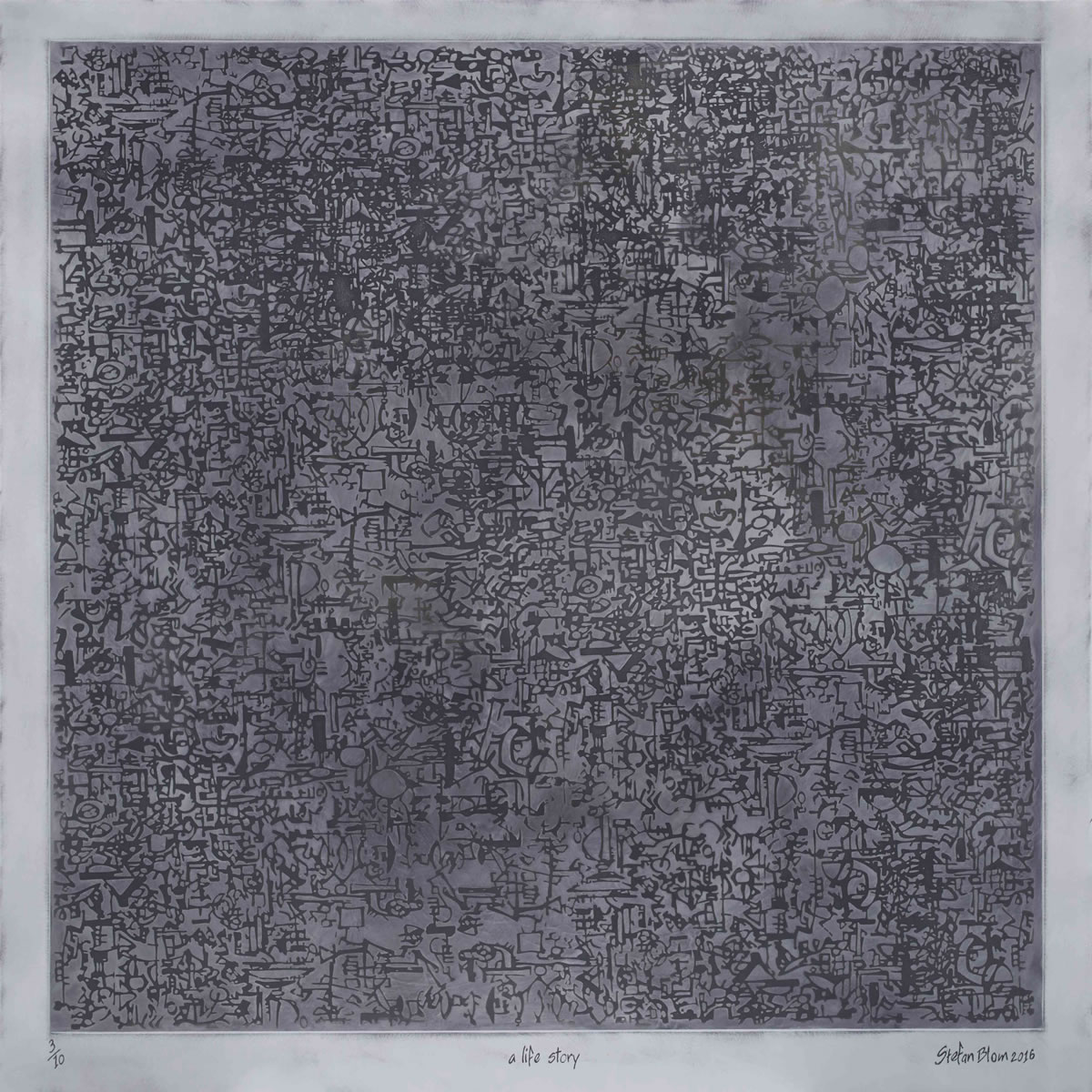 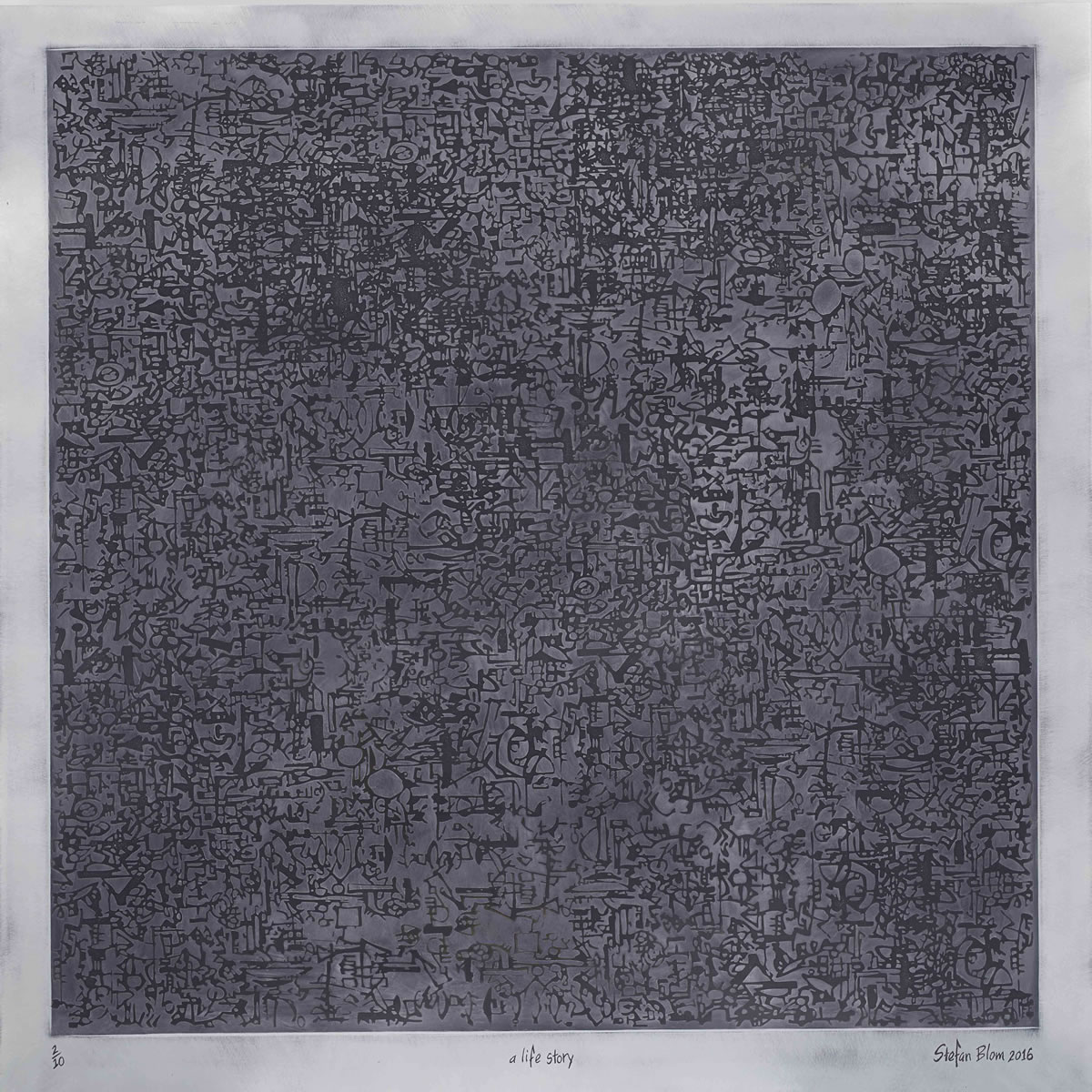 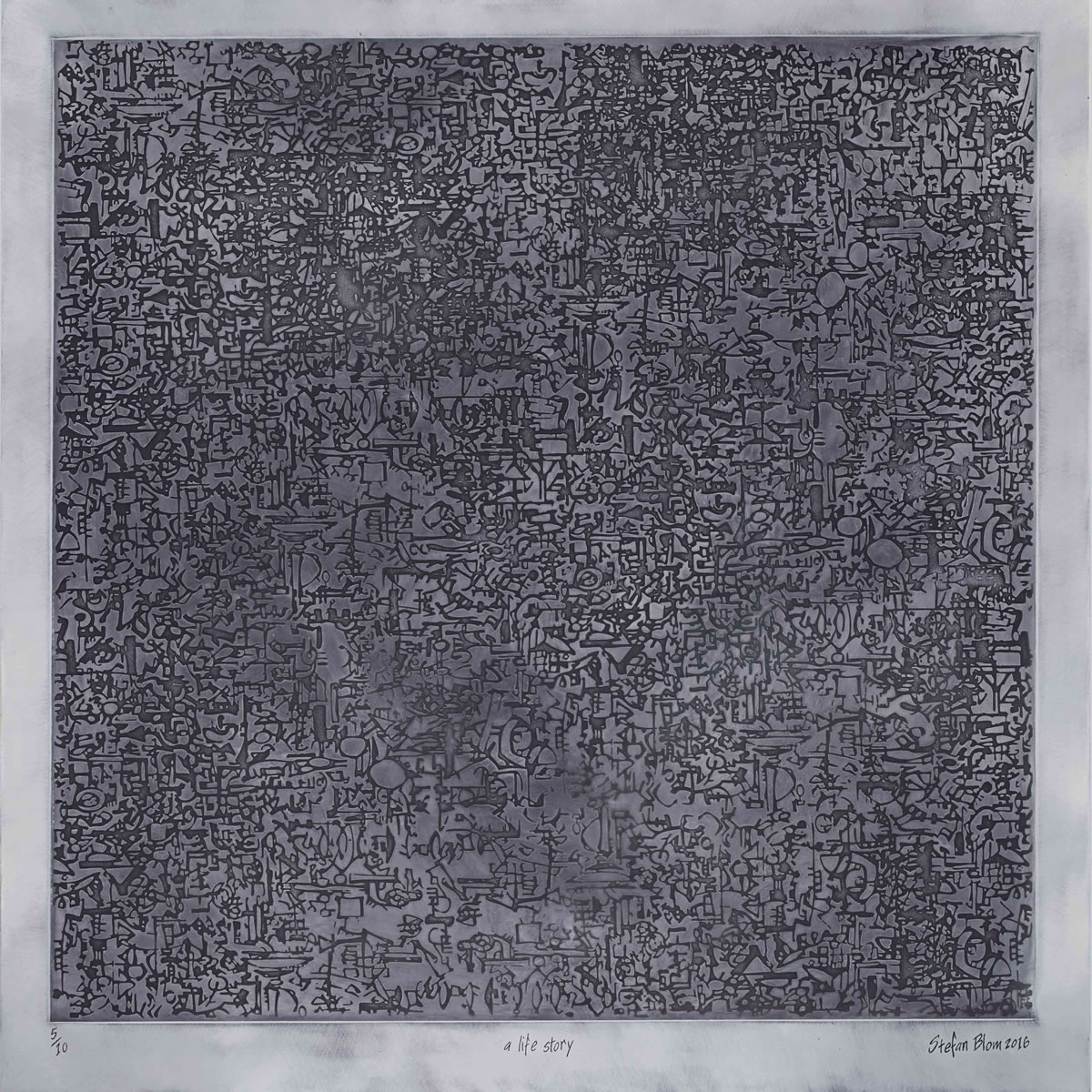 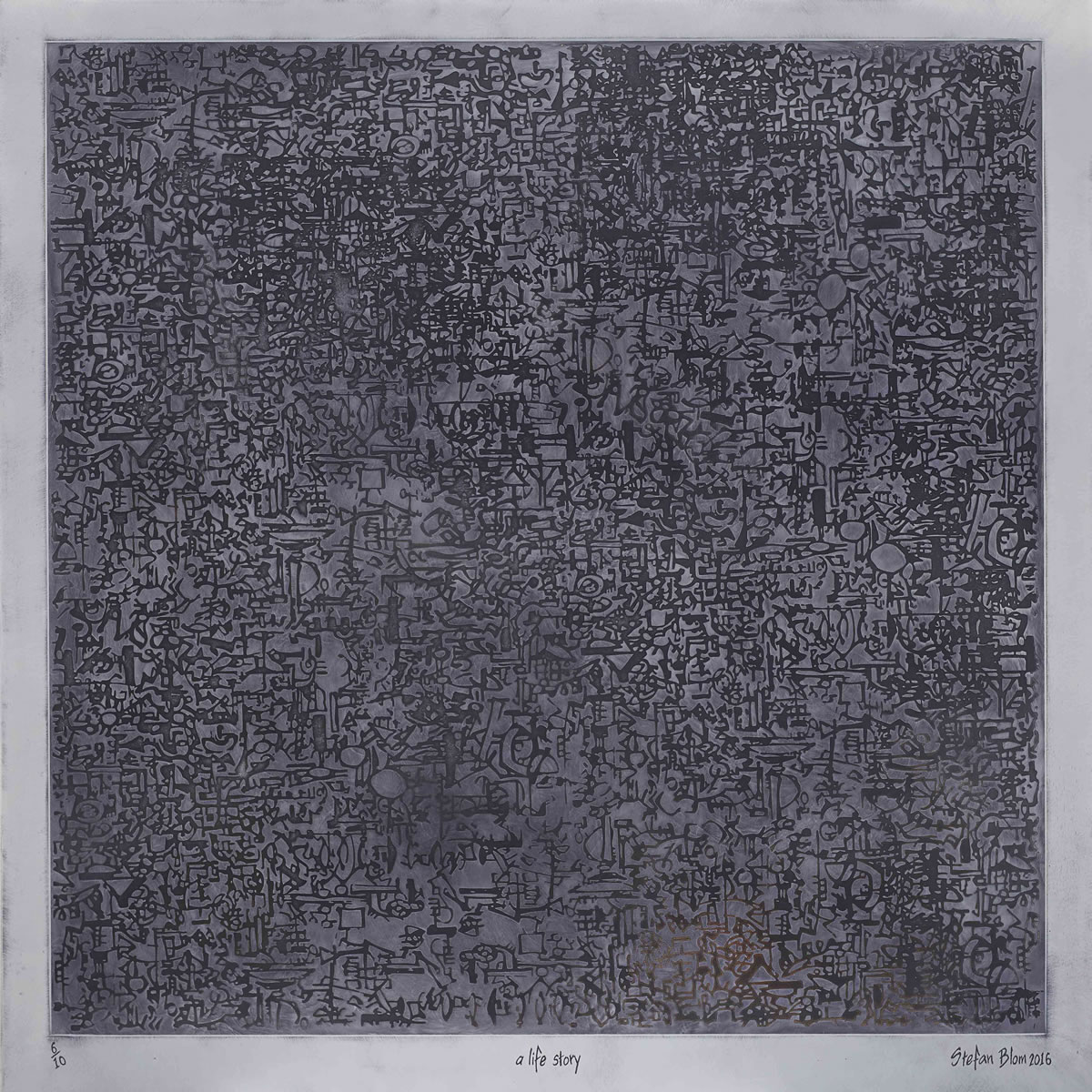 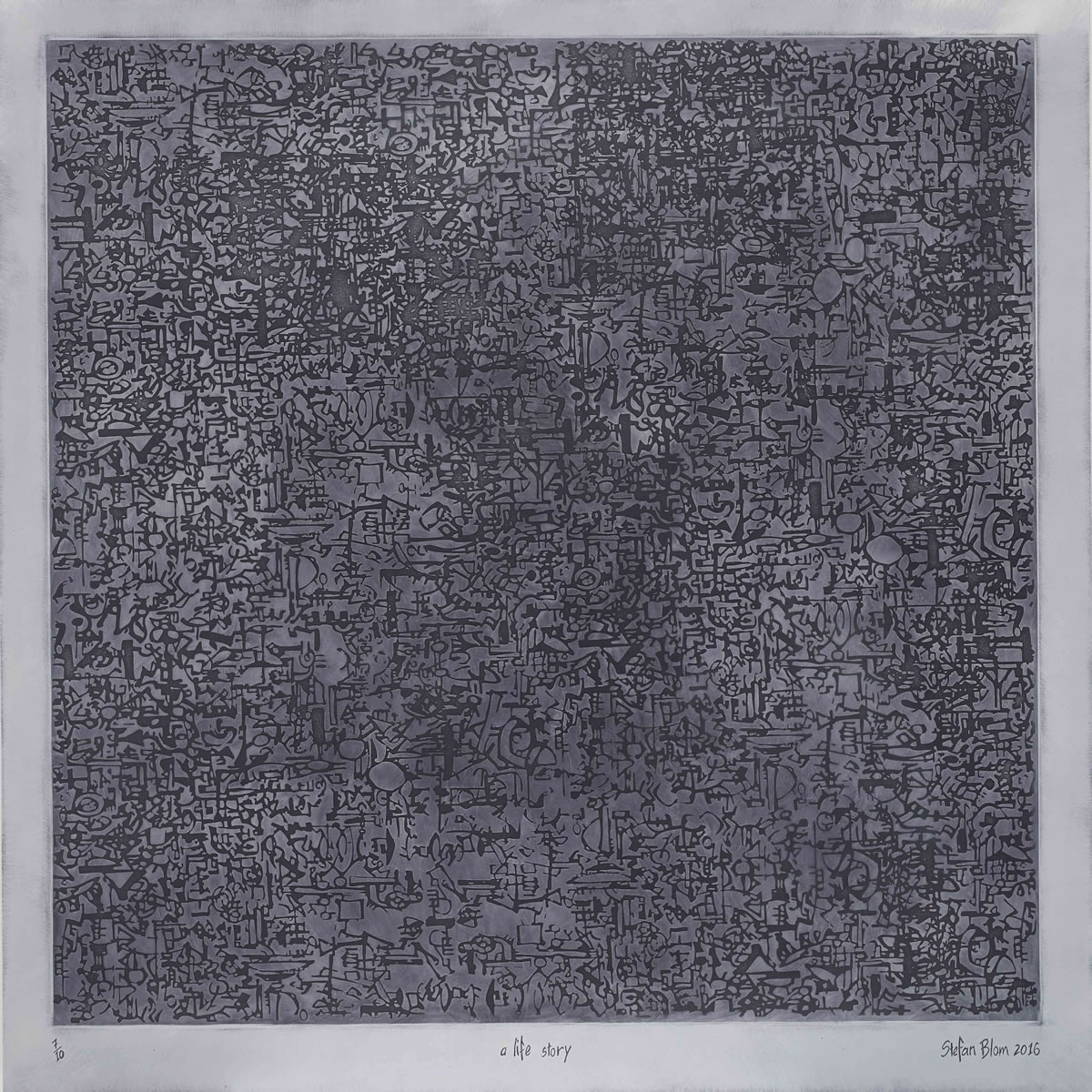 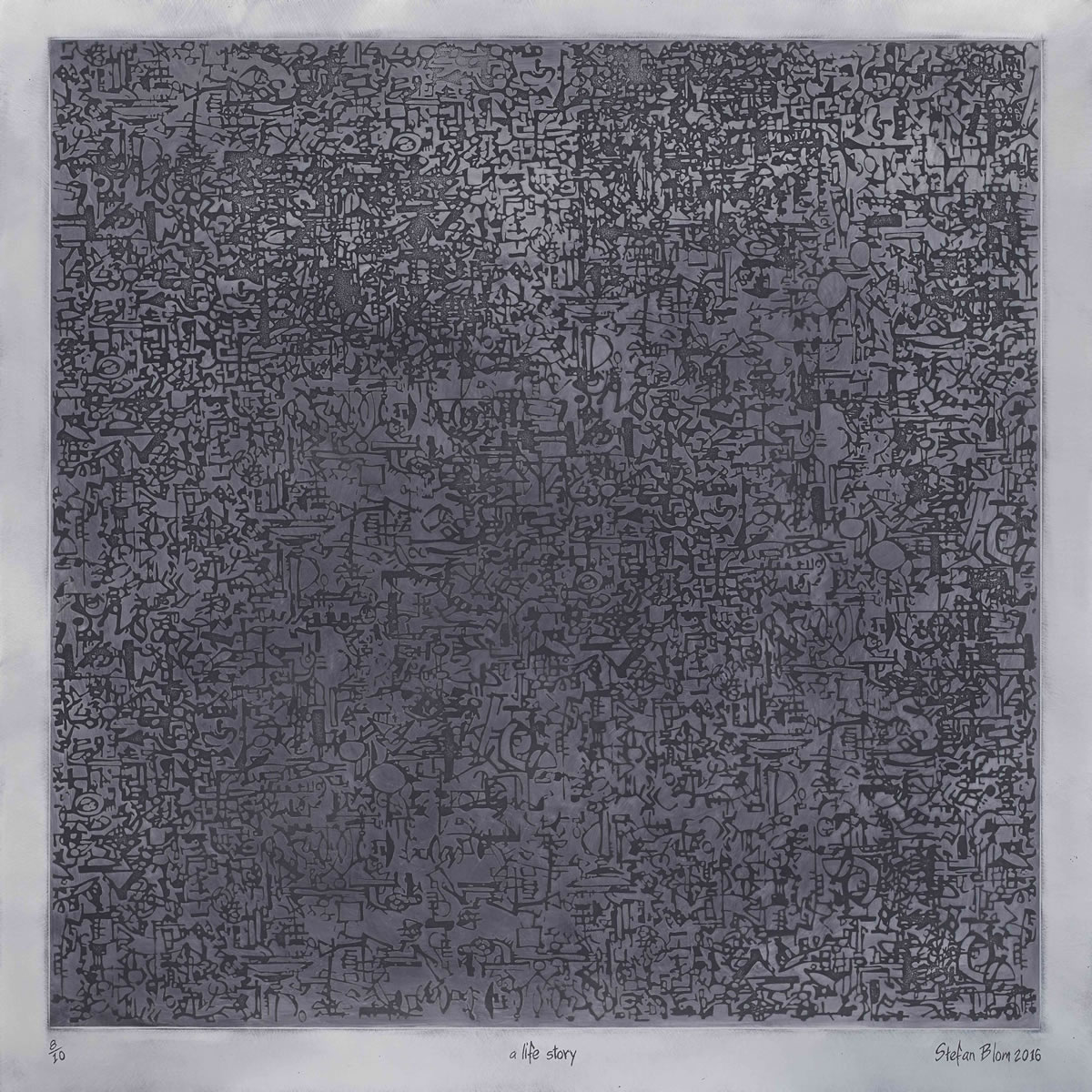 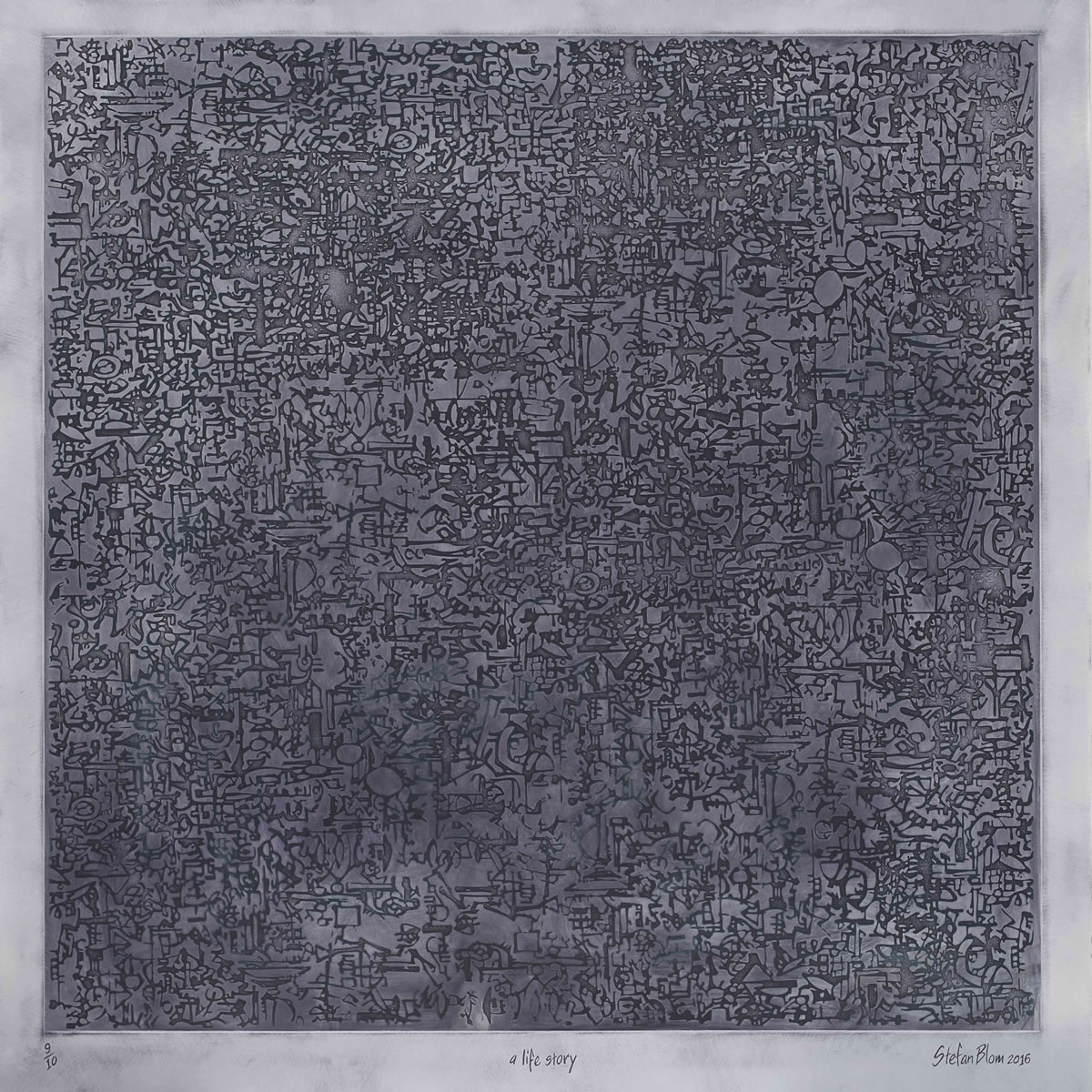 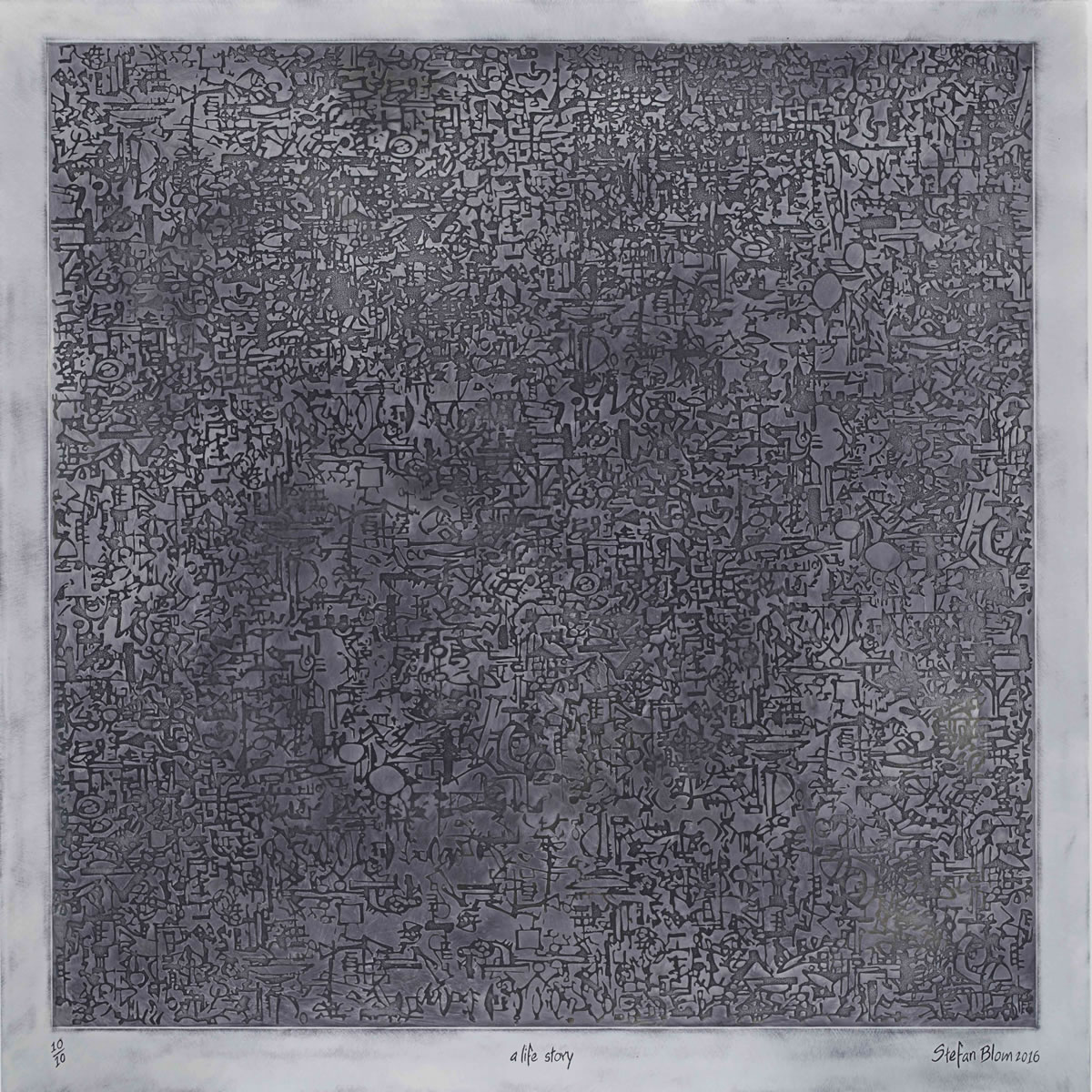