Odette Graskie is an artist living in Johannesburg, South Africa (b.1993). She is interested in the imaginative, interaction and line. Graskie’s work is influenced by  the people around her, the everyday interactions that highlight human connection. Graskie graduated with a BA in Fine Arts from the University of Pretoria in 2015. She works with storytelling in a variety of mediums, including textile art, ceramics and works on paper. She recently had a solo show entitled The Sorrows at AVA  Gallery in Cape Town. Recently, Graskie has exhibited her work as one of the  featured artists at the Turbine Art Fair Installations Program. She has had solo  shows entitled Human Noise at Millennium Gallery in Pretoria as well as Ambedo at the Centre or Contemporary Art in Poland, where she had a residency in 2017. Her  work is to be exhibited in several group shows, including Unbearable at Trent Gallery in Pretoria, as well as in #ARTladies at Berman Contemporary. 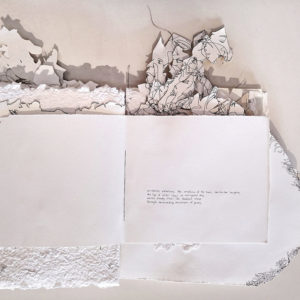 My process comprises obsessive, labour-intensive drawing, cutting and putting pieces back together again. Drawing is a way of seeing, a way to  connect with the world around me on a deeper level. Since a recent visit to Picasso and Paper at the Royal Academy in London, I have felt a  renewed sense of the importance of drawing. By  really looking at someone, even if I never see them  again, I embrace the possibility of other existences outside of my own and find a way to connect with people. 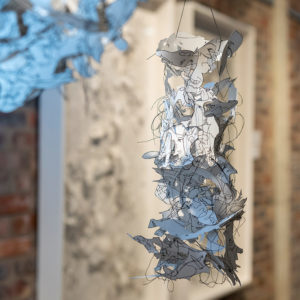 “I could hear my heart beating. I could hear everyone’s heart. I could hear the human noise we sat there making, not one of us moving, not even when the room went dark.” 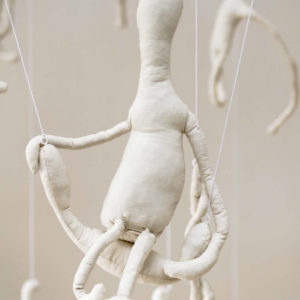 These bodies are a dance of humanity, and each form contains its own possible story as it mingles with the others. They explore man’s existence in relation to forms that could be human too. The Sorrows are sometimes tragic and other times entirely silly. While one may look like he is doing a handstand, he might also be strung up by his feet. The work embodies the frail existence we all have as humans. 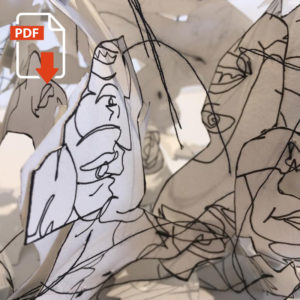