Juan Stockenstroom’s new body of work titled Gold, Guns and Paradise is a multi-layered visual universe that continues his investigation of lost histories and narratives of the African continent and its Diaspora.

He plays with the concepts of time, history and reality by juxtaposing multiple timelines over present- day sound bites and personal experiences on canvas with the reoccurring themes of Gold, Guns and Paradise metaphorically stitching each work to the next. He addresses both low and high culture with these themes, drawing parallels between both prince and pauper.

Gold symbolically refers to the earthly rewards and ambitions of the historical and personal characters Stockenstroom portrays in his paintings, such as Malian Emperor Mansa Musa of the Keita Dynasty, and Rashaad Staggie, a notorious underworld crime figure who rose to power in post-apartheid South Africa in the early 90s. It investigates the thin line between ambition and greed and, ultimately, the consequences of such desires.

Guns speak to the weaponizing and violent nature of culture and language that was used in slavery and continues to live in our present day. This is overlain with the social ills of gangsterism, gender- based violence and the desensitisation to violence that plagues South Africa. It also makes reference to the historical and modern-day impact of colonisation in post-colonial countries and explores what that might look like in the future.

Paradise remains a persistent symbol culled from humanity’s mythos, evoking the acute pain of loss and the hopeful promise of a return to bliss. The longing for Paradise has led countless figures through history to seek out those who bear the lost knowledge and reveal the path back to paradise. Here Stockenstroom draws parallels between religious/spiritual concepts of Paradise and man-made versions
of bliss/euphoria such as mind- or mood-altering substances (drug addiction) and otherworldly pleasures

that man has partaken of throughout history, thus examining and observing a conflict between the flesh and the spirit. 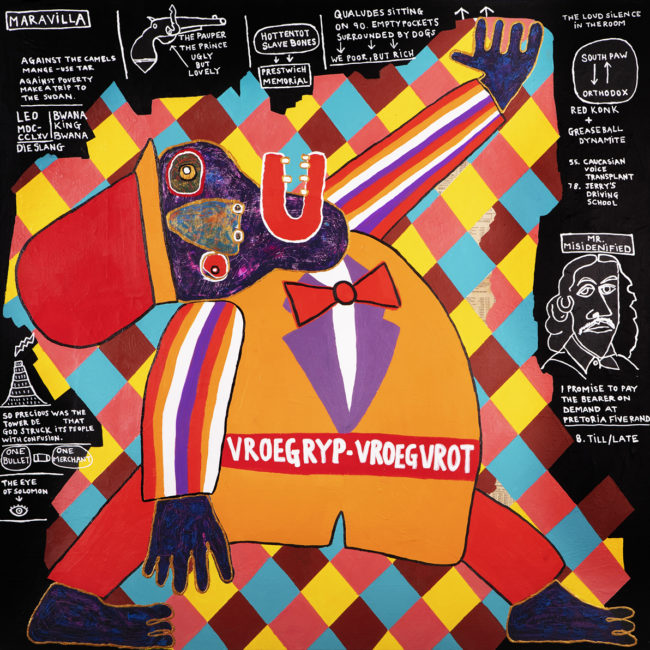 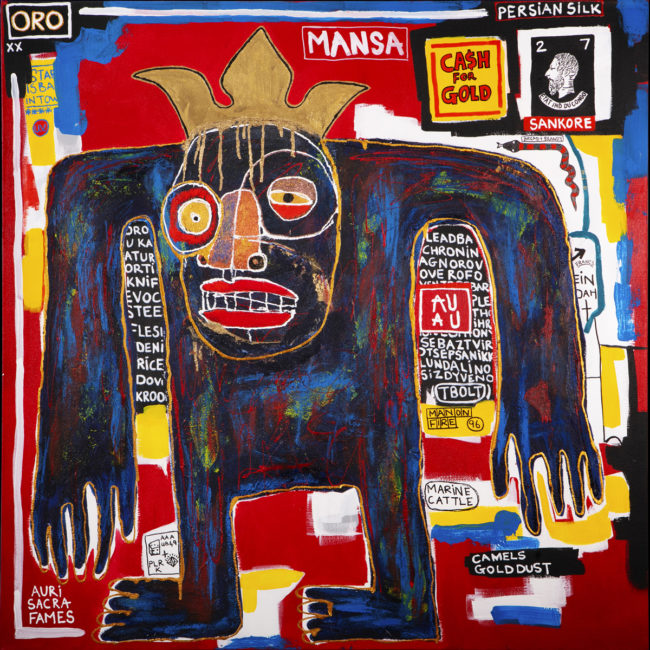 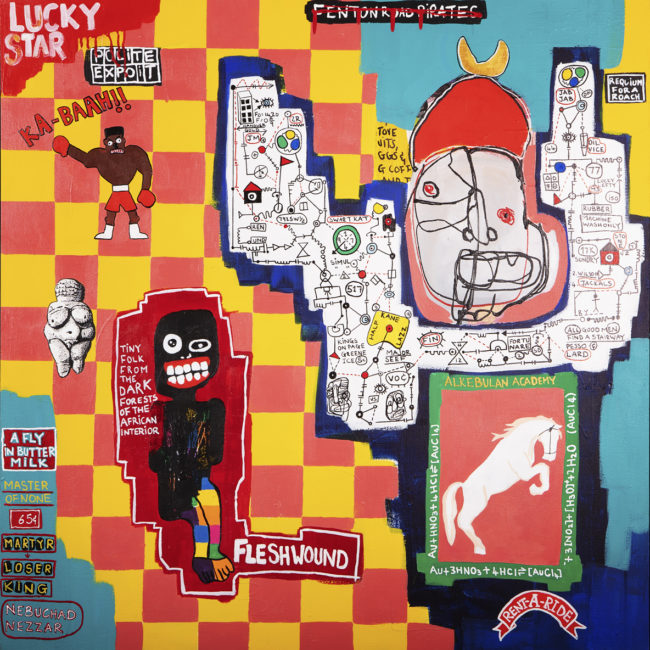 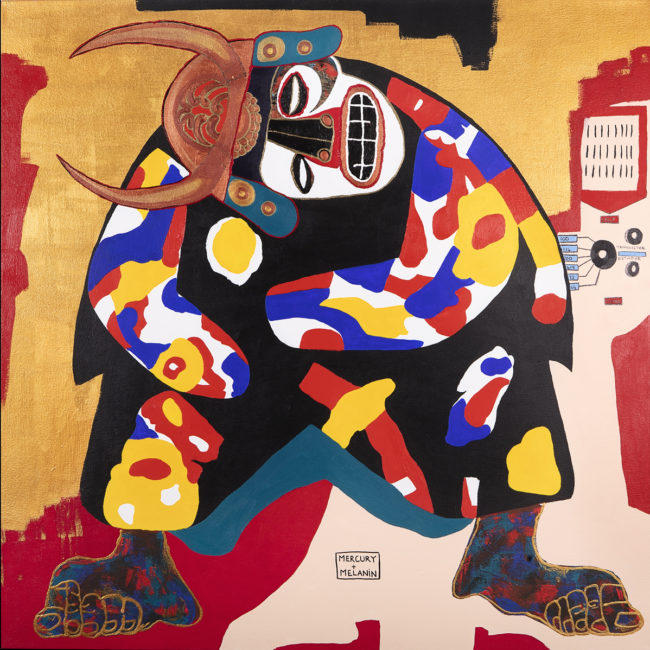 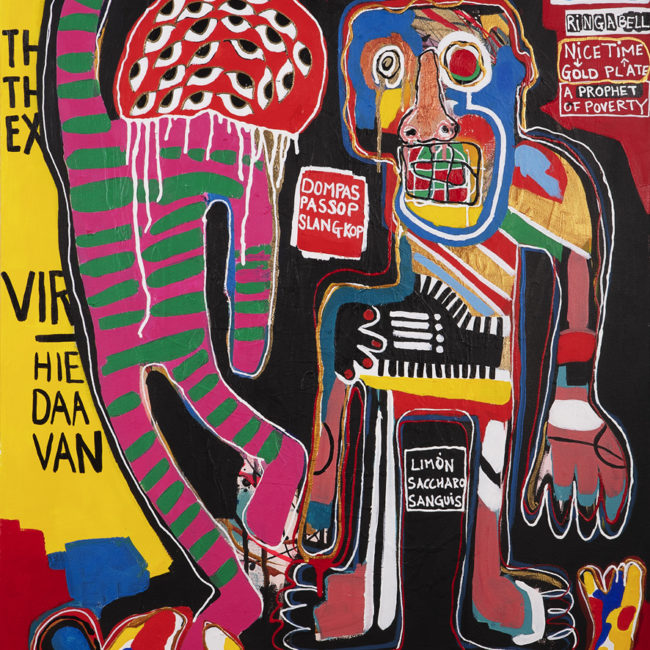 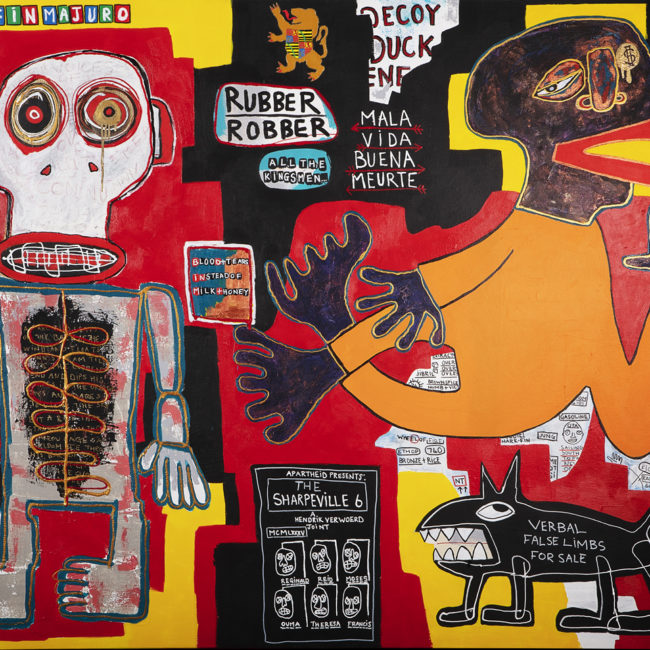 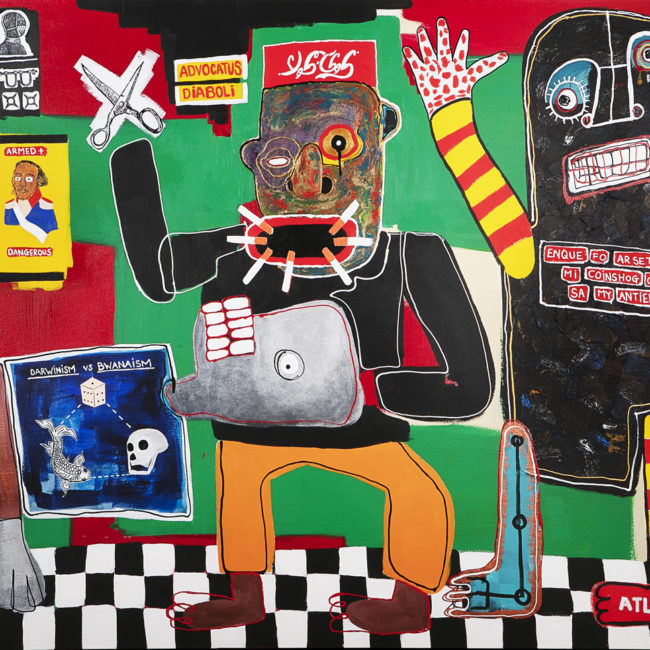 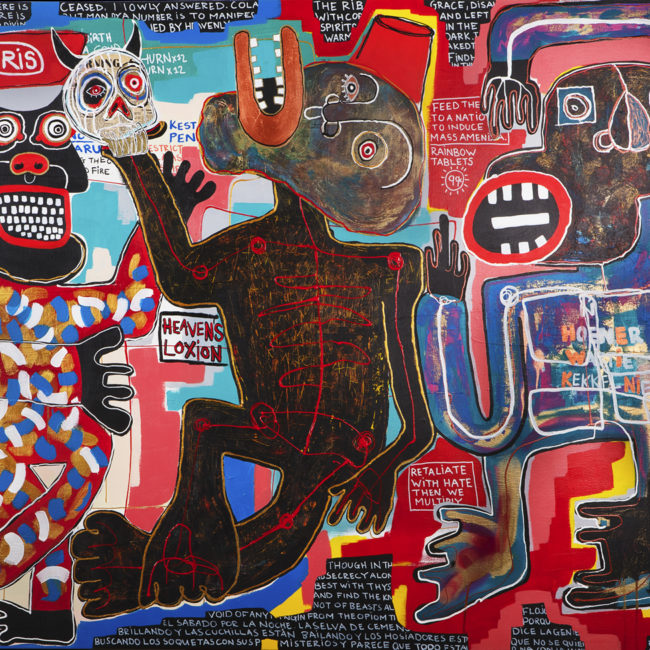 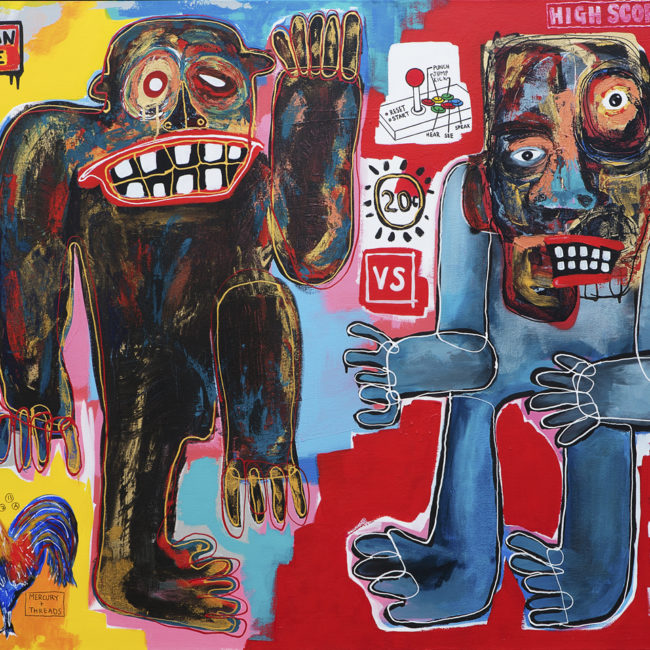 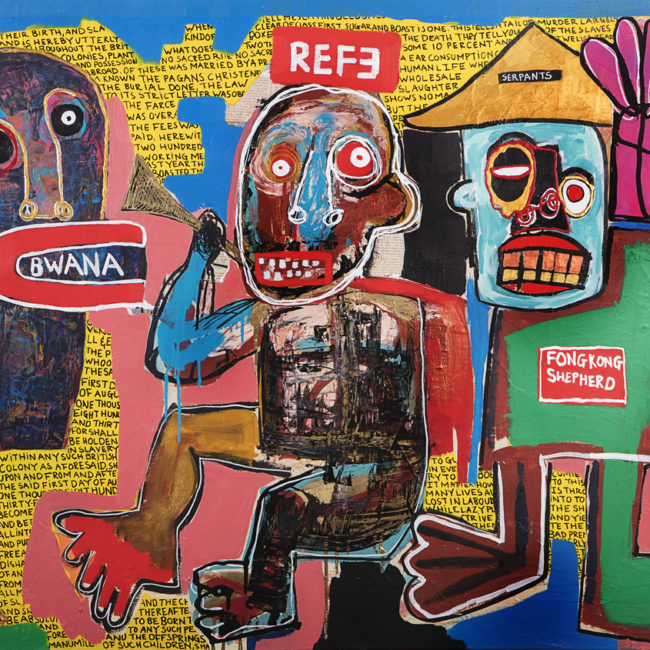 ALL THAT GLITTERS ALCHEMY FOR DUMMIES, 2020Acrylic and oil ink on canva s 90 x 60cm 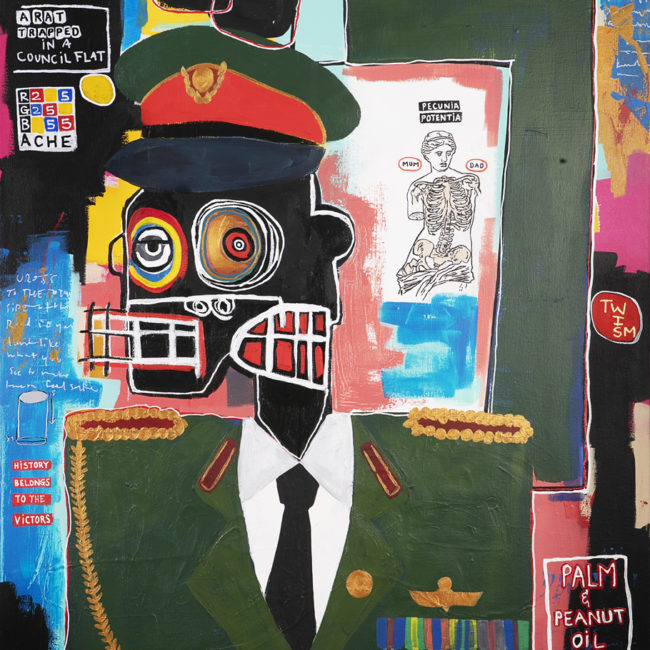 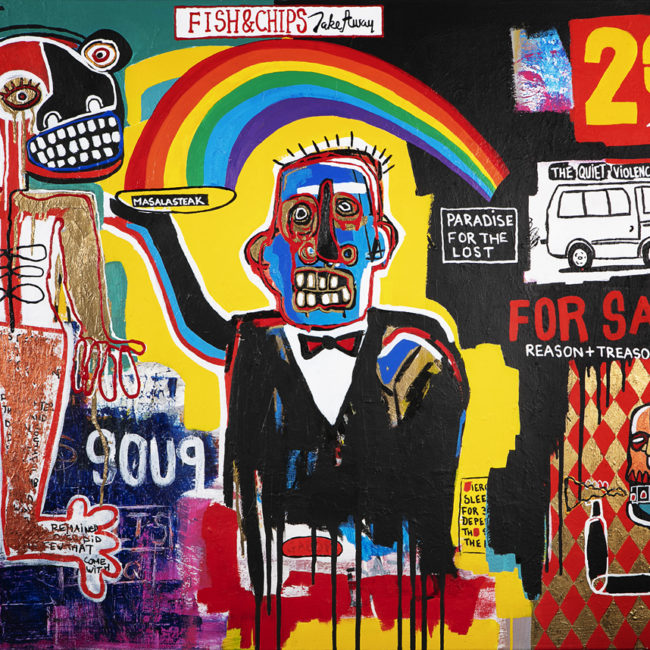 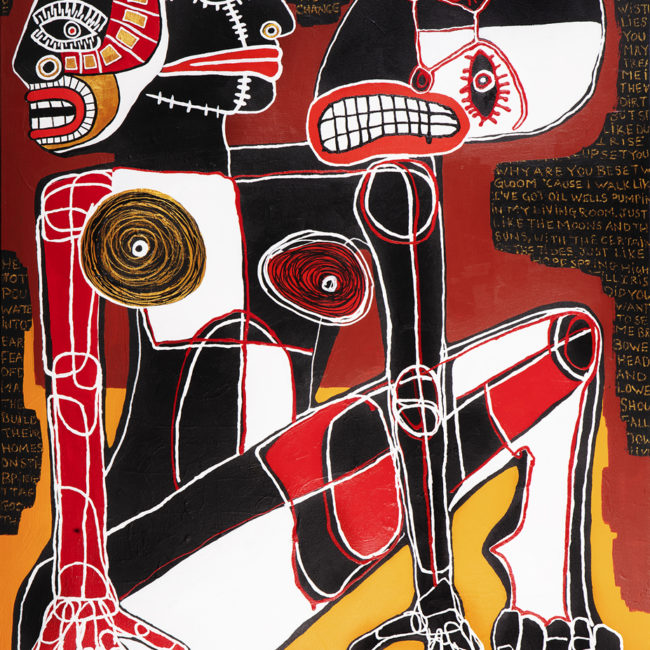 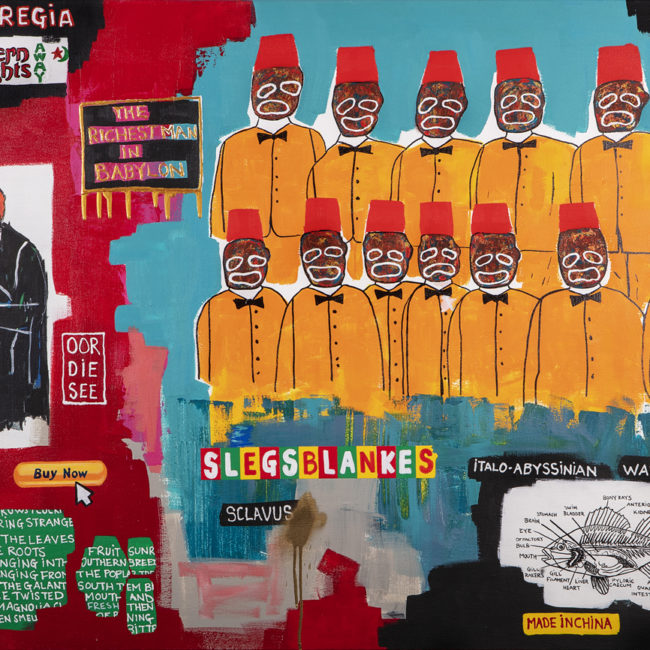