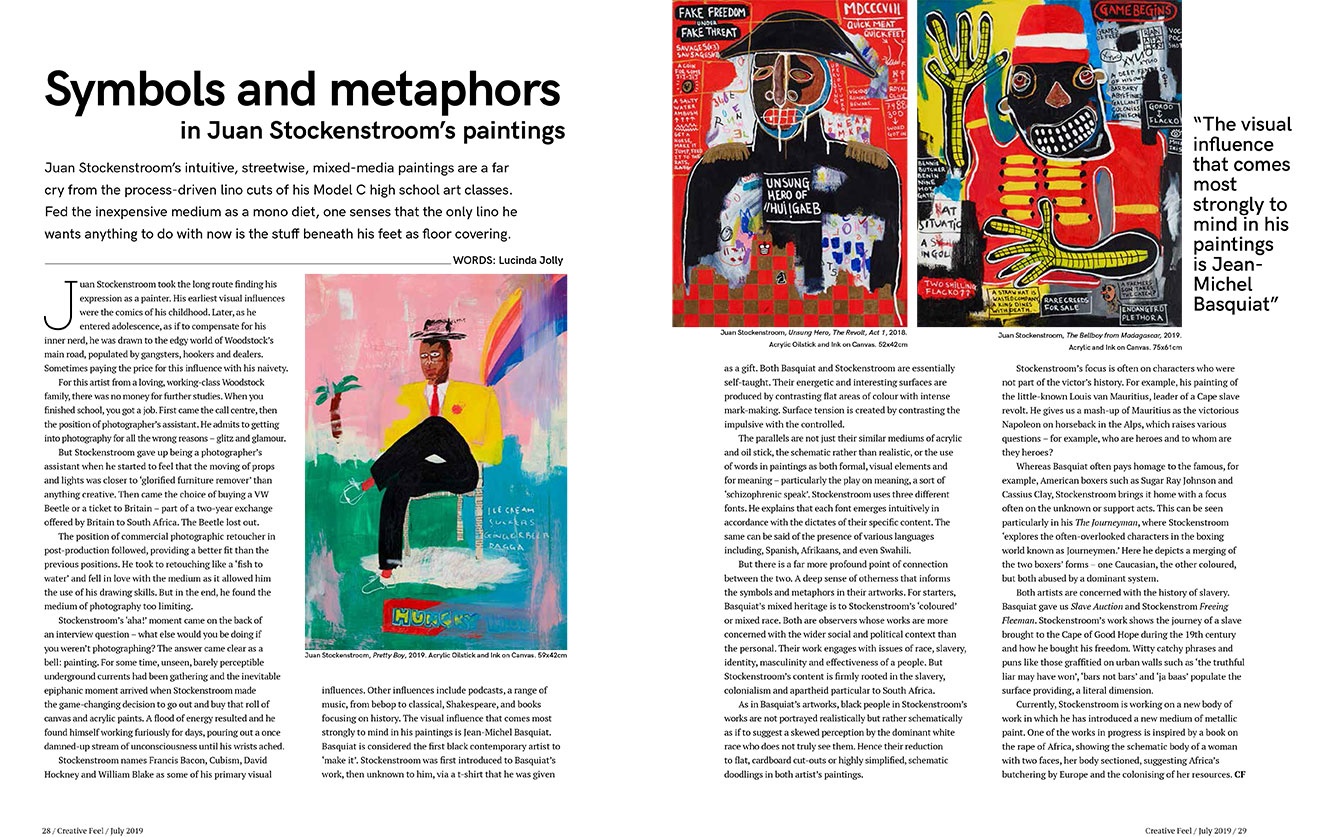 Juan Stockenstroom’s intuitive, streetwise, mixed-media paintings are a far cry from the process-driven lino cuts of his Model C high school art classes. Fed the inexpensive medium as a mono diet, one senses that the only lino he wants anything to do with now is the stuff beneath his feet as floor covering. 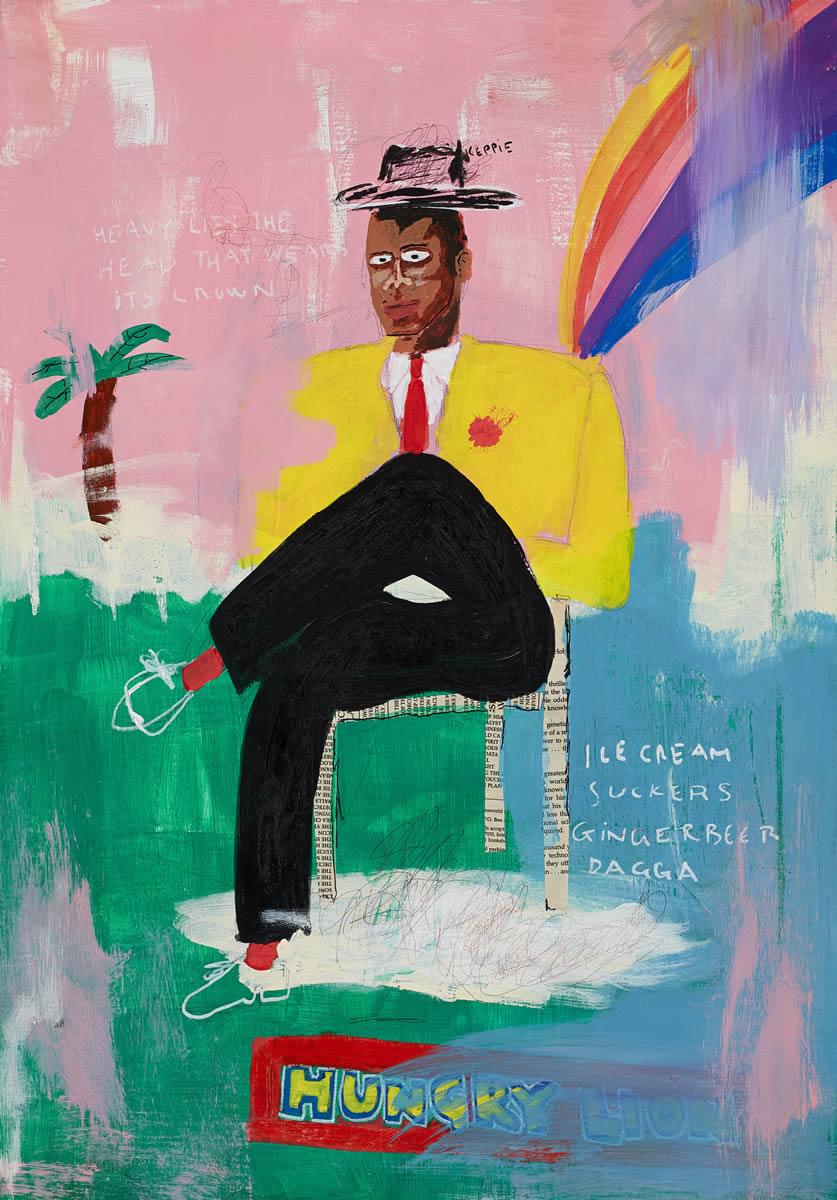 Juan Stockenstroom took the long route finding his expression as a painter. His earliest visual influences were the comics of his childhood. Later, as he entered adolescence, as if to compensate for his inner nerd, he was drawn to the edgy world of Woodstock’s main road, populated by gangsters, hookers and dealers. Sometimes paying the price for this influence with his naivety.
For this artist from a loving, working-class Woodstock family, there was no money for further studies. When you finished school, you got a job. First came the call centre, then the position of photographer’s assistant. He admits to getting into photography for all the wrong reasons – glitz and glamour.
But Stockenstroom gave up being a photographer’s assistant when he started to feel that the moving of props and lights was closer to ‘glorified furniture remover’ than anything creative. Then came the choice of buying a VW Beetle or a ticket to Britain – part of a two-year exchange offered by Britain to South Africa. The Beetle lost out.
The position of commercial photographic retoucher in post-production followed, providing a better fit than the previous positions. He took to retouching like a ‘fish to water’ and fell in love with the medium as it allowed him the use of his drawing skills. But in the end, he fouhttps://creativefeel.co.za/2019/06/south-african-mint-commemorates-25-years-of-constitutional-democracy-with-a-new-collectable-range/nd the medium of photography too limiting. 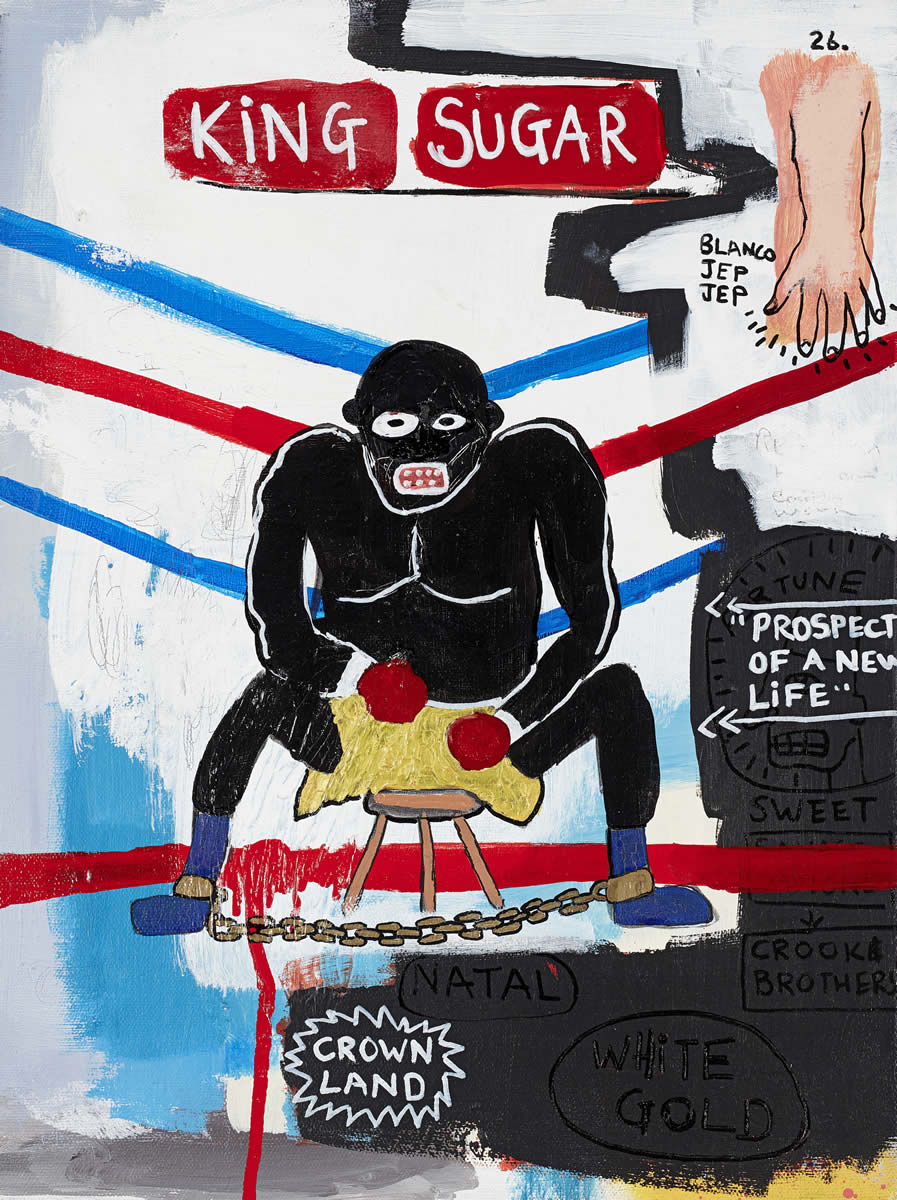 Stockenstroom’s ‘aha!’ moment came on the back of an interview question – what else would you be doing if you weren’t photographing? The answer came clear as a bell: painting. For some time, unseen, barely perceptible underground currents had been gathering and the inevitable epiphanic moment arrived when Stockenstroom made the game-changing decision to go out and buy that roll of canvas and acrylic paints. A flood of energy resulted and he found himself working furiously for days, pouring out a once damned-up stream of unconsciousness until his wrists ached.
Stockenstroom names Francis Bacon, Cubism, David Hockney and William Blake as some of his primary visual influences. Other influences include podcasts, a range of music from bebop to classical, Shakespeare, and books focusing on history. The visual influence that comes most strongly to mind in his paintings is Jean-Michel Basquiat. Basquiat is considered the first black contemporary artist to ‘make it’. Stockenstroom was first introduced to Basquiat’s work, then unknown to him, via a t-shirt that he was given as a gift. Both Basquiat and Stockenstroom are essentially self-taught. Their energetic and interesting surfaces are produced by contrasting flat areas of colour with intense mark-making. Surface tension is created by contrasting the impulsive with the controlled.