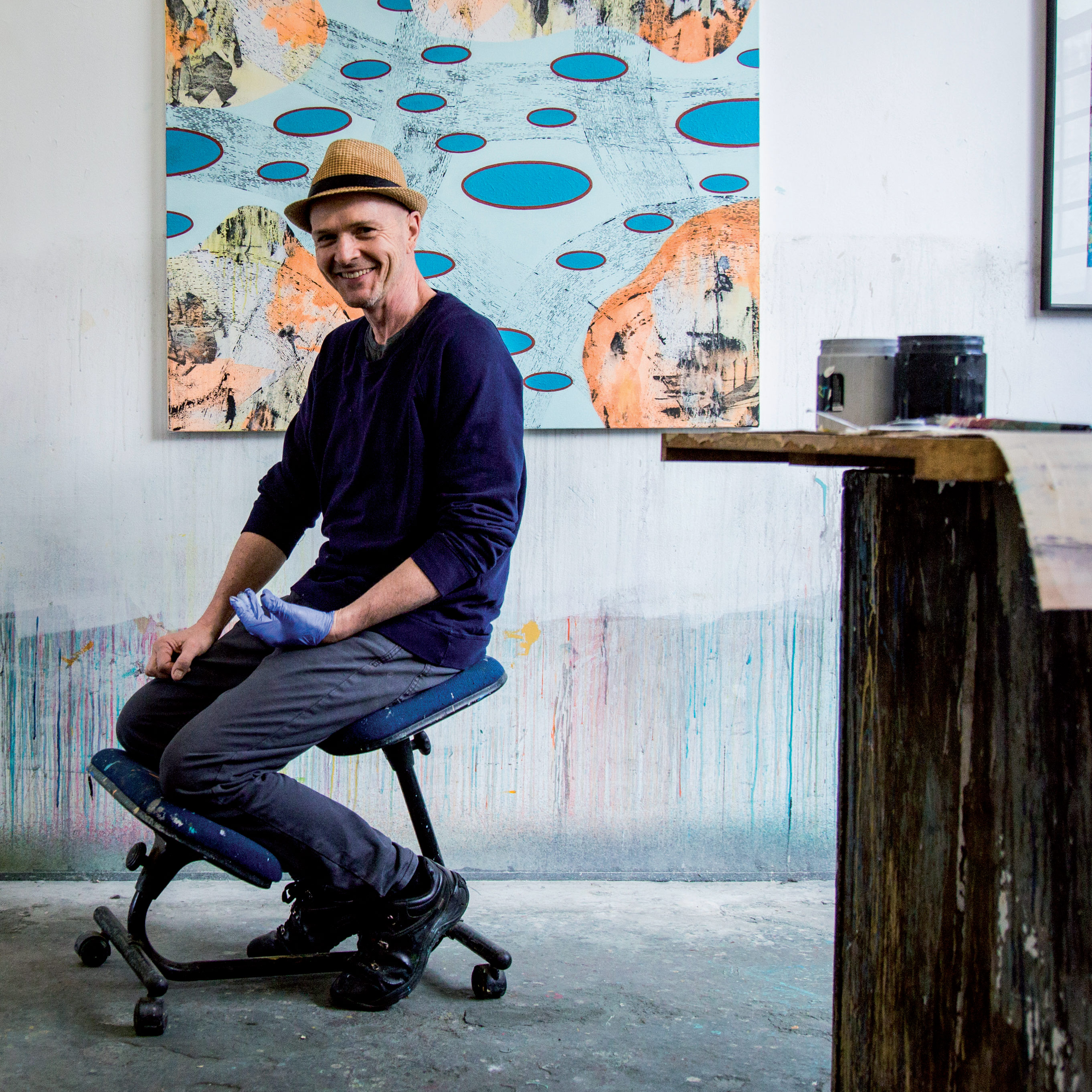 Born in Zimbabwe in 1961, Robertson spent the early part of his journey as a visual artist in the film industry, freelancing as an art director. Between film projects, he pursued his passion for photography, which was primarily a form of social commentary, often concerned with documenting marginalised lifestyles.

After winning a national prize at the Spier Contemporary competition in 2010, for Paper Trails – a documentary project focusing on informal recyclers in Newtown, Johannesburg – he took a break from both photography and the film industry and began the journey of learning to paint, guided only by his own aesthetic intuition.

Robertson’s artworks have been acquired by a variety of international collectors from Sweden, the USA, Tasmania, and the UK. Local collectors include the South African Foundation for Contemporary Art (SAACA), Spier Arts Trust and AFDA.

Dave is based in Cape Town and is currently working on his next photographic project which concerns the ever-changing, transitory nature of cityscapes.